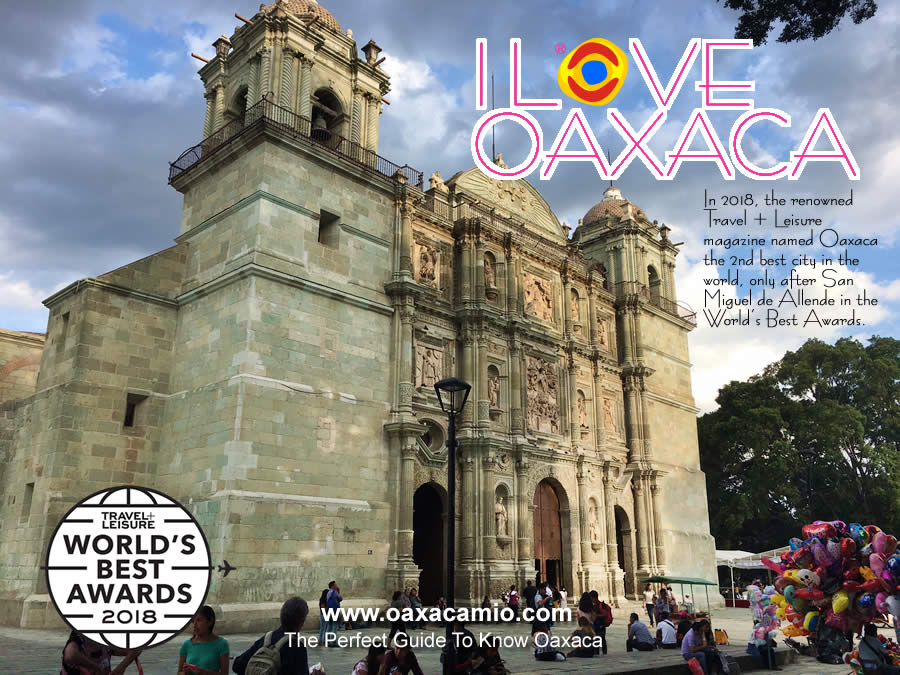 The city of Oaxaca de Juarez, initially named Antequera, was founded in 1529 in a small valley occupied by a group of Zapotec Indians. It is an example of sixteenth XVI century colonial city and of town planning given that it retains its trace in the form of checkerboard with square blocks and portals on all four sides of the square. To trace the Villa de Antequera, Alonso García Bravo chose a point midway between the rivers Jalatlaco, Atoyac and the Cerro del Fortin. The trace was initiated from a central plaza basis of two axes, east-west and north-south, with a slight tilt to compensate for the lighting and sunlight due to its latitude.

The centre of the city remains the centre of economic, political, social, religious and cultural activities that give dynamism to the city.

It retains its iconic architecture and the buildings representative of a cultural tradition of more than four centuries of art and history. A total of 1,200 historic monuments has been inventoried and listed. The major religious monuments, the superb patrician town houses and whole streets lined with other dwellings combine to create a harmonious cityscape, and reconstitute the image of a former colonial city whose monumental aspect has been kept intact. Fine architectural quality also characterizes the 19th-century buildings in this city that was the birthplace of Benito Juarez and which, in 1872, adopted the name of Oaxaca de Juarez. Being located in a highly seismic zone, the architecture of the city of Oaxaca is characterized by thick walls and low buildings. The mestizo population keeps alive both traditions and ancestral customs.

The Plaza of the Constitution (zócalo) is located in the historic center which is downtown, where the State Band and a marimba band perform concerts. (A marimba is a type of wooden xylophone.) The government palace (Palacio) is located in the south end of the zócalo, it has now been converted into a center for art and photography exhibitions. In the Palacio, there is also a mural of Arturo García Bustos, which represents the History of Oaxaca. At the north end of the zócalo is located the beautiful Cathedral, which was built near the end of the XVI century, the Alameda de León Park. Enjoy the exquisite regional food in the restaurants located in Los Portales (arches of the zócalo), at the same time you can enjoy the beautiful and magnificent architecture surrounding the zócalo. The tourist walkway is located a few blocks from the zócalo, on Alcalá Street where you can buy handicrafts; you can also visit the Contemporary Art Museum of Oaxaca (MACO), the beautiful Temple of Santo Domingo and its Cultural Center where you will be able to visit the Oaxaca Historical Museum of Anthropology, the botanical gardens and the Francisco de Burgoa Library.

The cultural wealth of Oaxaca is invaluable. In this southern state of the country, the history of indigenous peoples and the colonial past are mixed with new artistic and creative projects like nowhere else in Mexico, and the architecture is a reflection of this.