5 Magical Towns to discover in Oaxaca

Huautla de Jiménez, town among the clouds and home of the Mazatecs, who invite you to participate of their millenary traditions. Live the experience of knowing their language, songs, dances and traditional medicine, inheritance of the famous María Sabina, Priestess of mushrooms, also meet Mamá Julia, one of the 13 grandmothers of the world, heiress of this ancestral knowledge.

Huautla de Jiménez is a municipality belonging to the district of Teotitlán in the region of the Mazatec Cañada of the state of Oaxaca, is a rural-urban city, because it has a population of 68,555 inhabitants in the municipality and 53,999 in the city, and rural due to its scarce development in urban infrastructure, Huautla de Jiménez is the tenth largest population of the state of Oaxaca.

The word Huautla, comes from the náhuatl term that in the splendor of the Azteca lordship, Cuitláhuac will call Cuiticaname – Huautlan, which etymologically means “Place of the Eagles”; “de Jiménez”, in honor to General Mariano Jiménez, who visits the region in 1864. On December 14, 1926, by decree No. 55, Huautla de Jiménez obtains the title of City.

Huautla de Jiménez offers its visitors the exuberance of its natural environment, its people always present a warm, friendly treatment, open to share customs and traditions of great roots, historical and cultural richness, a unique cuisine, to which sum, as a symbol indisputable, unique and irreplaceable, the Priestess María Sabina.

Among the important historical monuments, Huautla de Jiménez, has the Clock Tower, located in front of the Municipal Palace, which is believed to have been built approximately in 1924. In 1916 the building that provided the service of municipal jail and military barracks during several years was built, same that nowadays is occupied by the different workshops of the house of the culture, besides the update center of the magisterio. 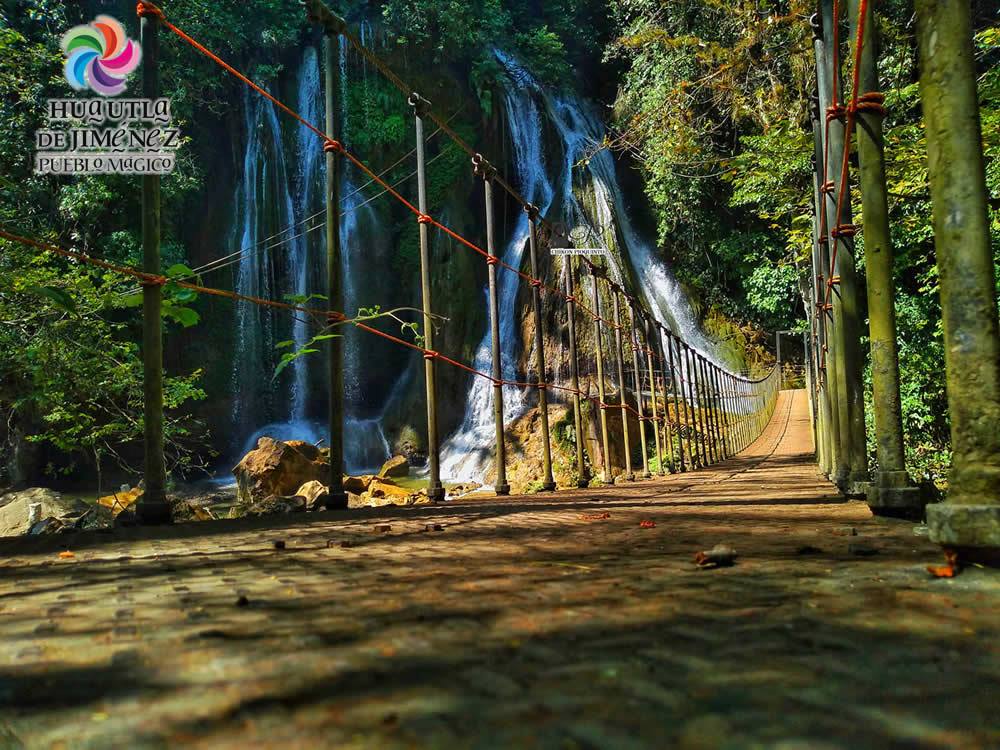 In 1960 begins the construction of the Municipal Palace and after this year modifications and extensions are made for a period of 39 years. For 1999, the reconstruction begins, concluding this colossal work on December 30, 2000.

There is only one Church in Huautla, built in 1766, in honor to San Juan Evangelista, and the most important celebrations are: The festivity of “El Señor de las tres caídas”, that is celebrated the third Friday of lent; the eve is announced with music and fireworks, to continue with a solemn procession that runs through the main streets of the town, carrying the religious image; during the course of the week sociocultural activities supported by different institutions are carried out.

Music is another aspect that should be mentioned; stand out the traditional songs which survive in their indigenous form, the denominated “Sones Mazatecos”, “Flor de piña”, “El Anillo de Oro”, “La Flor de Lis” and “La Paloma”, which grouped form the so-called “Naxo Loxa” or “Flor de naranjo”. The instruments used to play this song are a saxophone, snare, a setback, a trumpet, a guiro and a cylinder; the verses expressed with genuine love “Naxo Loxa” (Flor de Naranjo) were composed by the Mazatec writer José Guadalupe García Parra.

In what refers to their customs and traditions, the Mazatecos, a name with is also known the people of Huautla, which means "people of deer", they celebrate the "Day of the Dead" disguising themselves with masks of different figures, the group of people who disguises themselves and dances to the beat of music, are known as Huehuentones.

DAY OF THE DEAD

The celebration begins on October 27 with a conquest of songs in mazatec language, related with the occasion, rewarding the best composition. The same day, at night, all the groups of huehuentones go to the municipal cemetery to communicate to the deceased that this dance is going to start and return to dance from house to house of the town.

All the festivities end on November 4, that day the piñatas that were donated by each house where the huehuentones danced are broken. It should be noted that the municipal authority convenes an annual gathering of Huehuentones with the participation of approximately thirty groups, achieving an atmosphere of harmony and reaffirming the brotherhood among the Mazatecs. 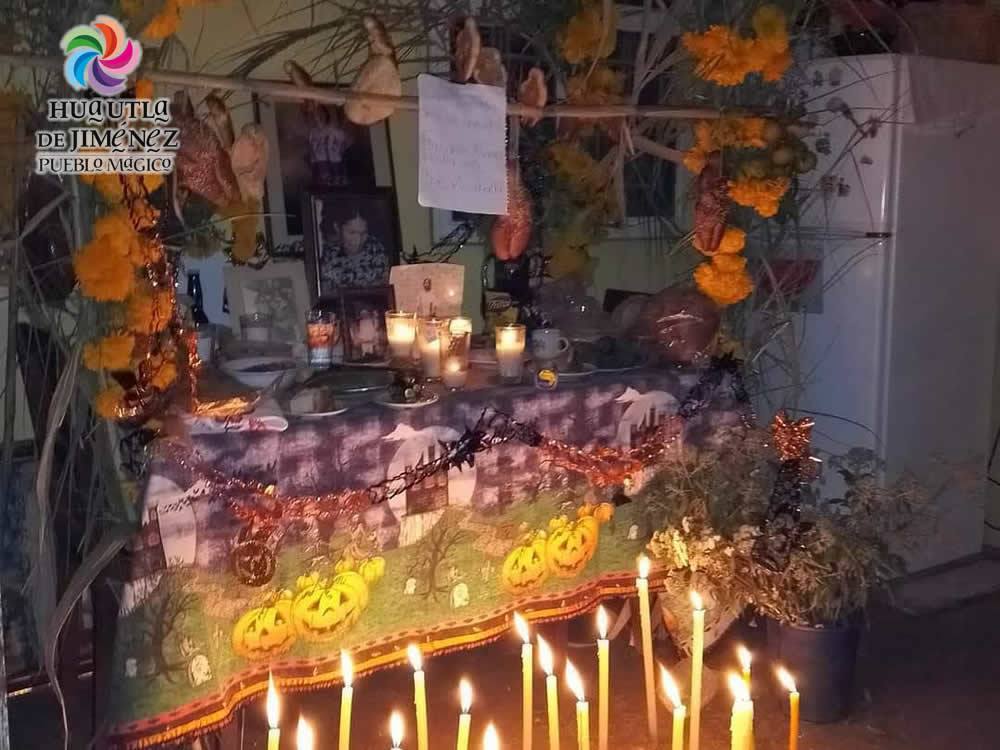 The gastronomy of Huautla is unique and has characteristic dishes, among which are: “el pilte”, either chicken or pork, with spicy (based on dried chili form the region, called “chiltepe”), steamed and wrapped in yerba santa leaves. Also, can be mentioned others such as beef and goat broth, beef and goat barbecue, “tesmole” with any kind of meat; bean, corn, mole or tesmole tamales, quelites, herbs called quintoniles, huele de noche, yerba mora and guías of squash.

Eggs are prepared in different ways, mainly in sauce with epazote, mixed with holy grass, canary pepper and onion; it is also customary to prepare them without fat, on the comal with yerba santa. The drinks that are customary to drink are: “atole agrio”, “atole de granillo”, “chile atole”, “atole dulce”, cane liquor, chilacayota water, and coffee mainly, since it is a producing area of the so-called “café de altura" because it is very aromatic of the Arabic type.

María Sabina was a Mazatec indigenous woman born in 1894, in Huautla de Jiménez, her parents were Maía Concepción and Crisanto Feliciano, her father was a farmer and he died when María Sabina was three years old, for that reason, along her mother and her sister María Ana, two years younger than her, went to live next to her maternal grandparents named Manuel Cosme and María Estefanía, who were dedicated to silkworm breeding and traditional agriculture. During her childhood María Sabina lived, as the rest of her life, in conditions of extreme poverty and malnutrition, she received no education.

Mazatec healer María Sabina found peace when she healed and gave life to people. It was the knowledge of the plants and hallucinogenic mushrooms what gave her a national and international reputation, as well as the recognition of being a wise woman.

It was known that Maria Sabina found the mushrooms in sacred places of various ages and that she gave them to people (after preparing one, two days and even a week) in order to heal them, accompanied by songs in prolonged ceremonies, until the day she died, on November 22, 1985.

After her death there have been several the tributes that have surrendered her. In Mexico the rock group “Santa Sabina” adopted its name and the band “El Tri” from Mexico dedicated the song “cosas de un soñador”. Nowadays, the symbol represented by Priestess María Sabina has achieved the homogenizer assimilation and integration between religion, the management of hallucinogenic mushrooms and the worldview that is presented around this magnificent and significant ritual.

Therefore, the population has a very special worldview, which they have preserved and disseminated in the new generations. It is for this reason that each year the Festival in honor to María Sabina is carried out with a cultural week, from July 16 to 22. This festival represents a space of communion, exchange of experiences and knowledge among traditional doctors and an opportunity to spread the ancestral healing knowledge of the Traditional Medicine of the Indigenous Peoples of Oaxaca, Mexico and the World.

During the celebration, healers of the locality and surrounding municipalities that offer their services to carry out spiritual rituals meet, since the figure of Maria Sabina represents a symbol of identity for the traditional doctors, not only Mazatecos but from all Oaxaca. The teaching of María Sabina has transcended national and state borders, reaching to represent humility, wisdom, spirituality, connection with the gods, nature and goodness to share with others their healing knowledge; qualities that have inspired people of all latitudes and professions. 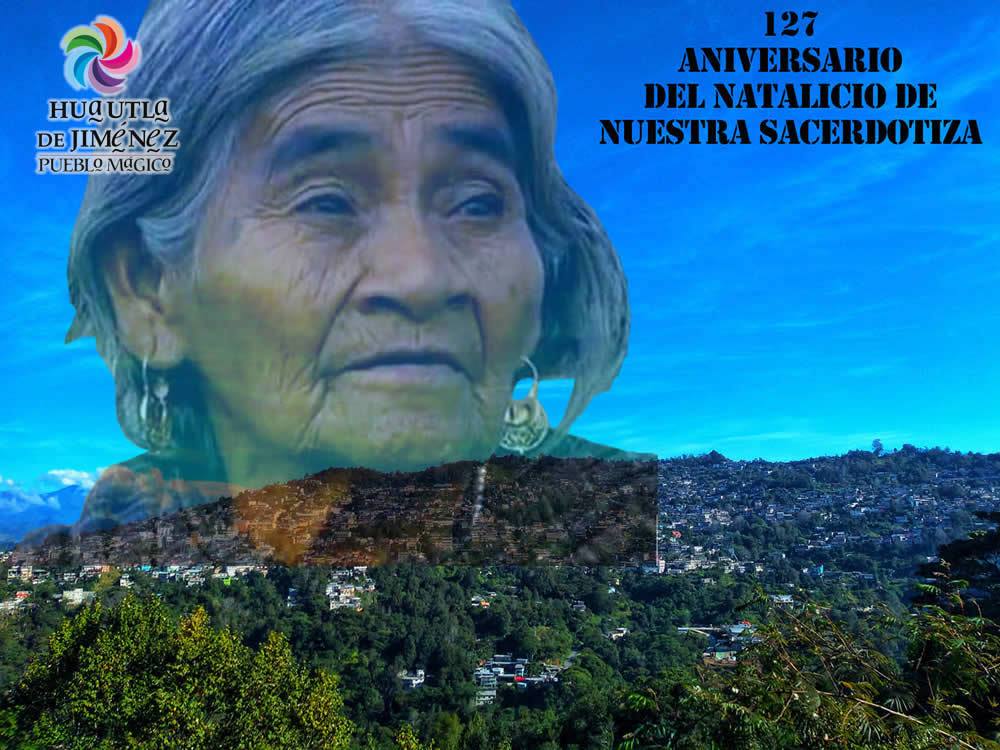 As an example of the above, currently the shaman MAMA JULIA, originally from Huautla de Jiménez, is a member of the International Council of Thirteen Indigenous Grandmothers and has traveled the world sharing her knowledge about the use of traditional medicine, linking and interacting with other countries and localities of the world, as well as with various national and international organizations.

Huautla de Jiménez, its authorities and community are redoubling efforts to retake and preserve values such as honesty, respect, common good, security and solidarity, which have forged their identity and have projected it, particularly through the worldview generated by their priestess of the hallucinogenic mushrooms, María Sabina, at national and international level.

Huautla de Jiménez is traditionally magical because of its climate, customs, gastronomy, its historical monuments, its architecture, the human quality of its inhabitants, characters characterized with ancestral knowledge about the handling of traditional medicine and communication with the gods, that is why it has a unique and incomparable culture that exceeds the borders of our country. 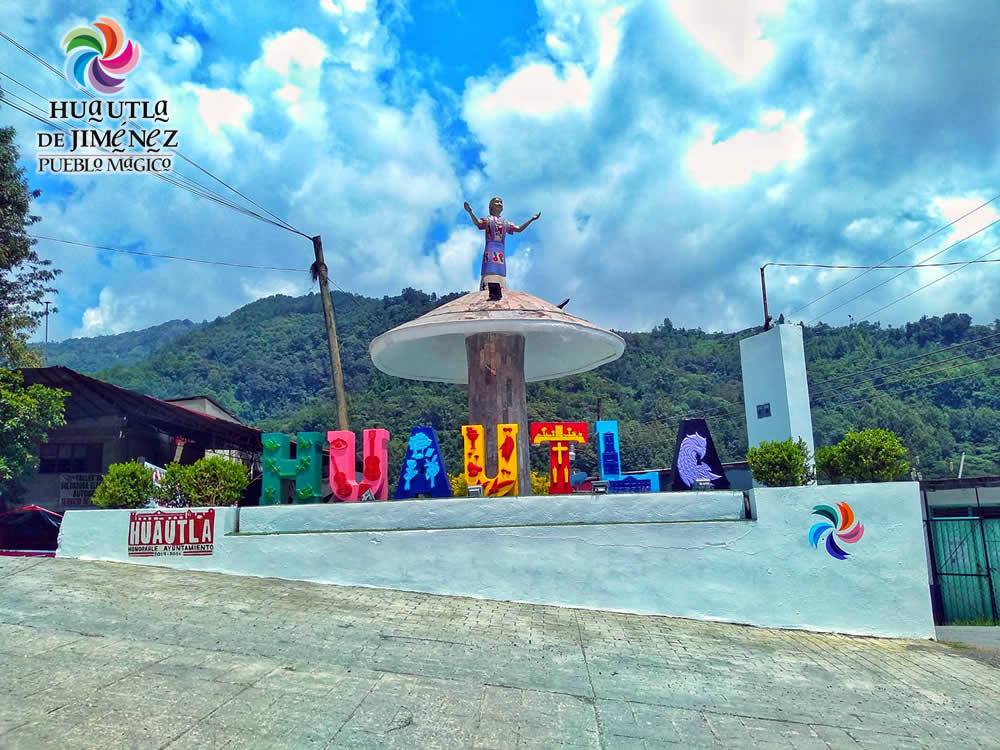 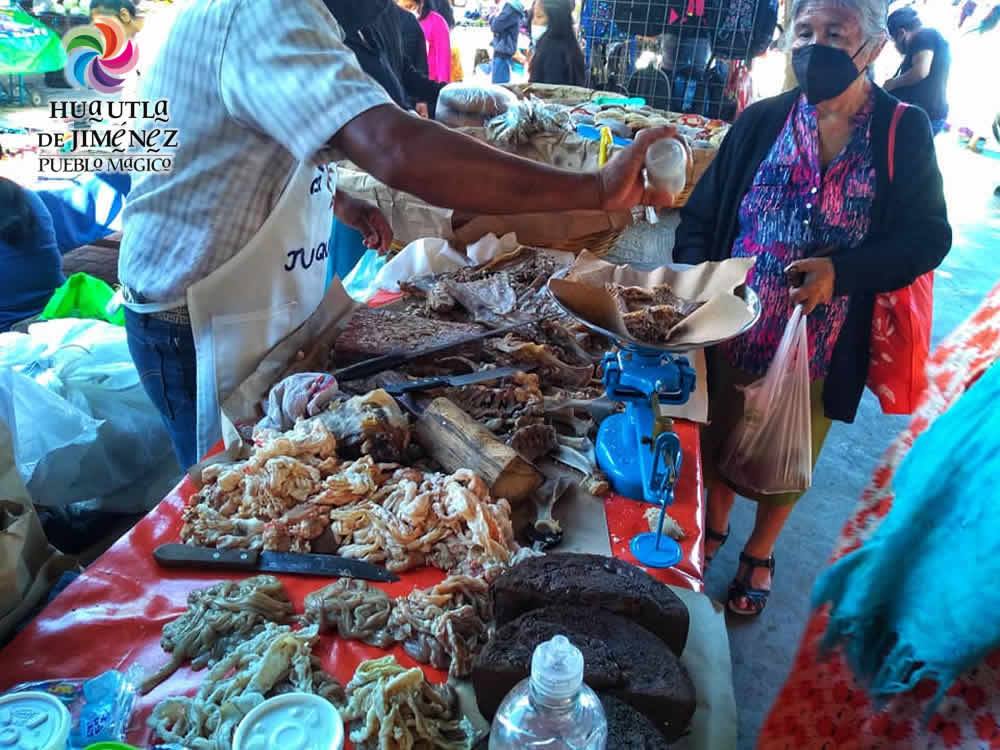 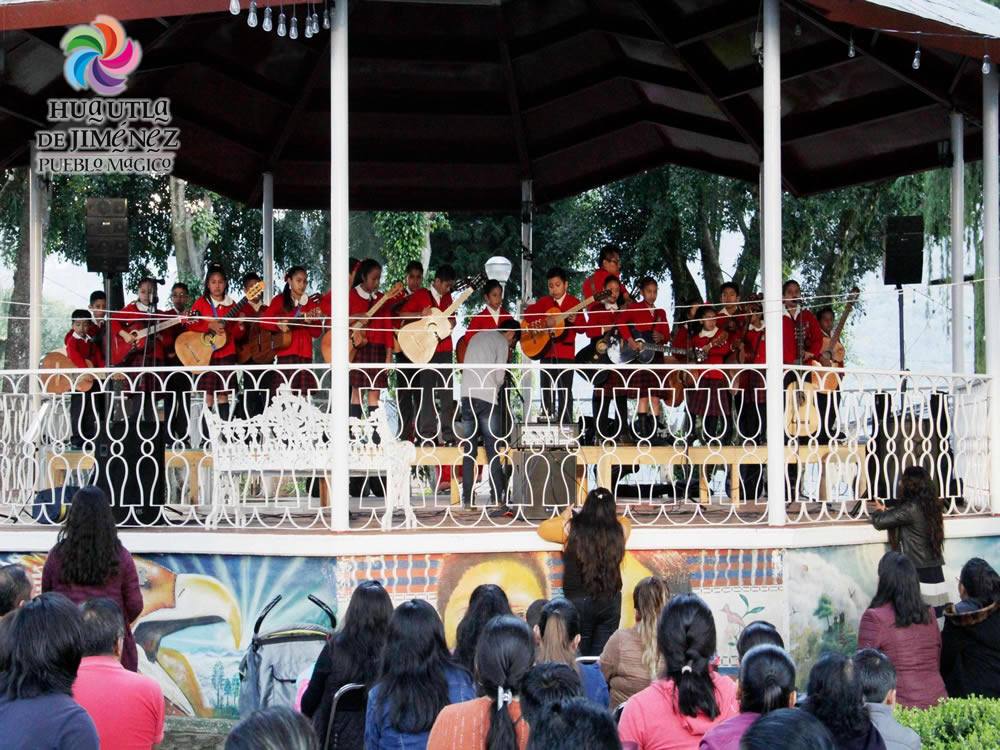 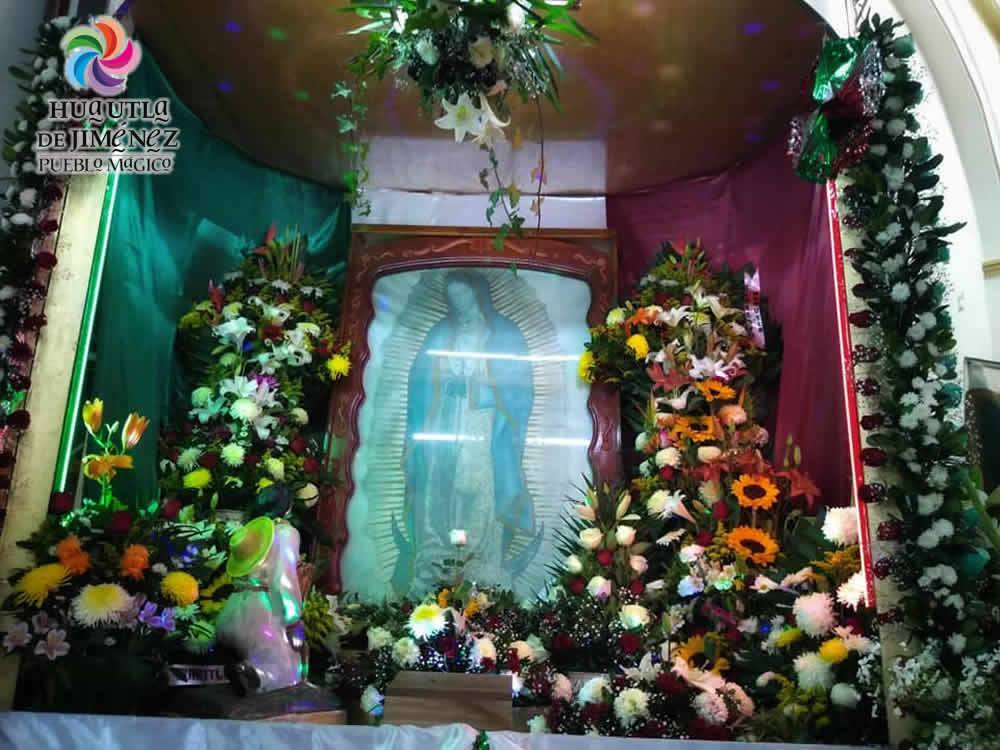 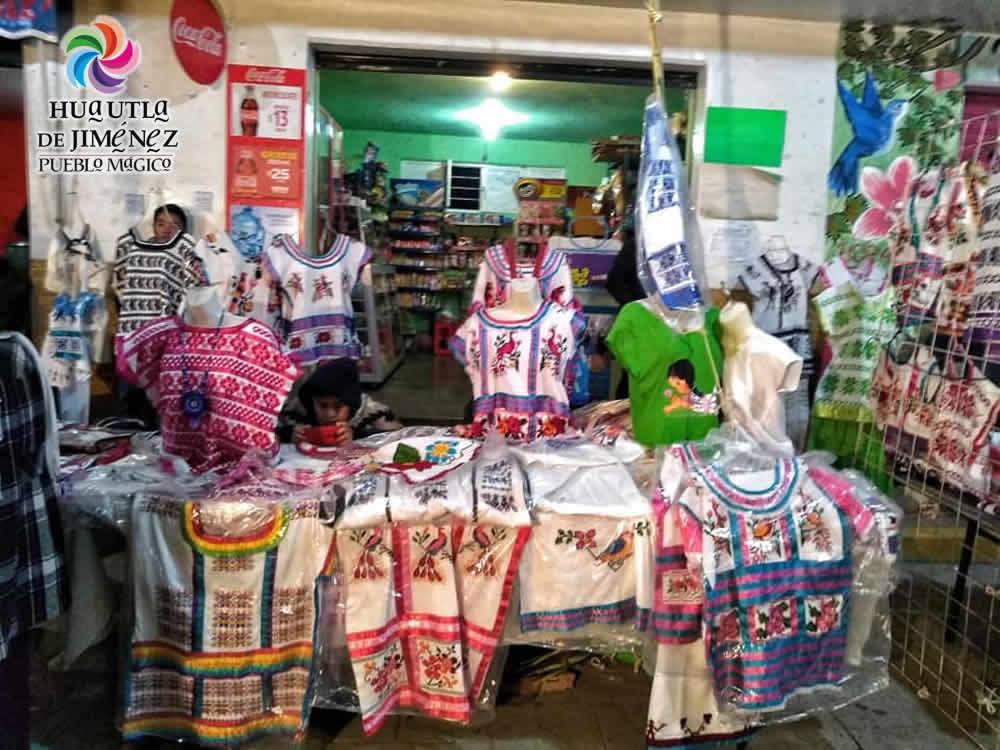 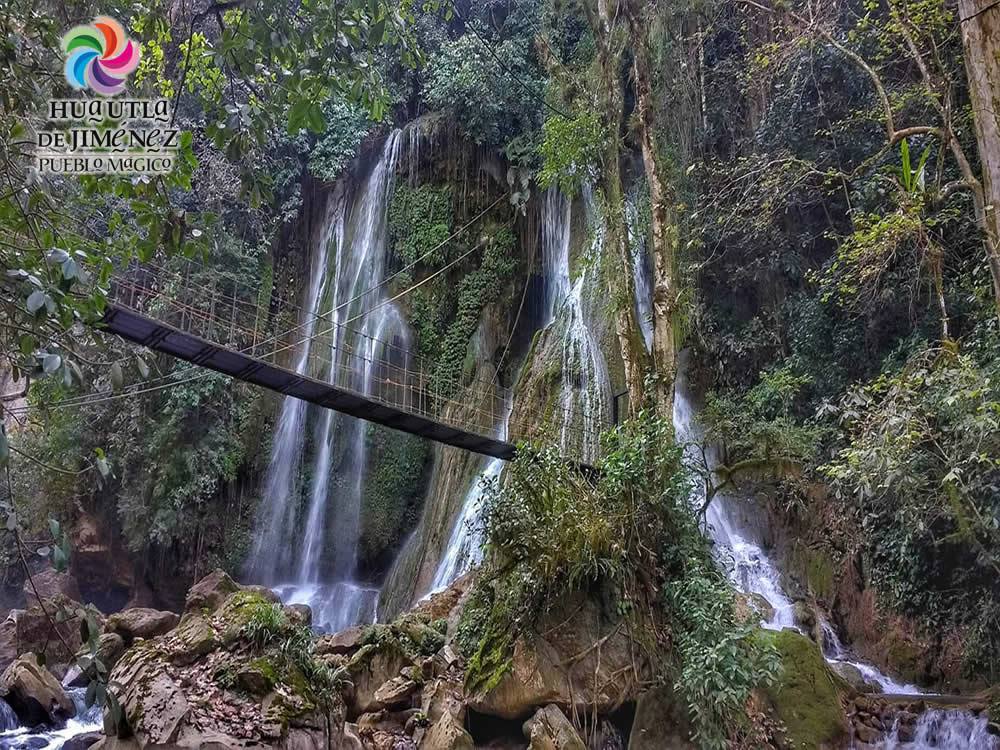