Magical Towns to discover in Oaxaca

The original name of this Magic Town is “Teposcolollan” which in Mixtec language means “next to the copper twist”. According to research, this is because the type of currency used before the conquest had the shape of small copper axes. In Nahuatl it is denominated “Tepuscutlan”, from the words Tepuztli: iron, Colhua: twisted and Tlan: place which translated into Spanish is interpreted as “Place of the twisted irons”. 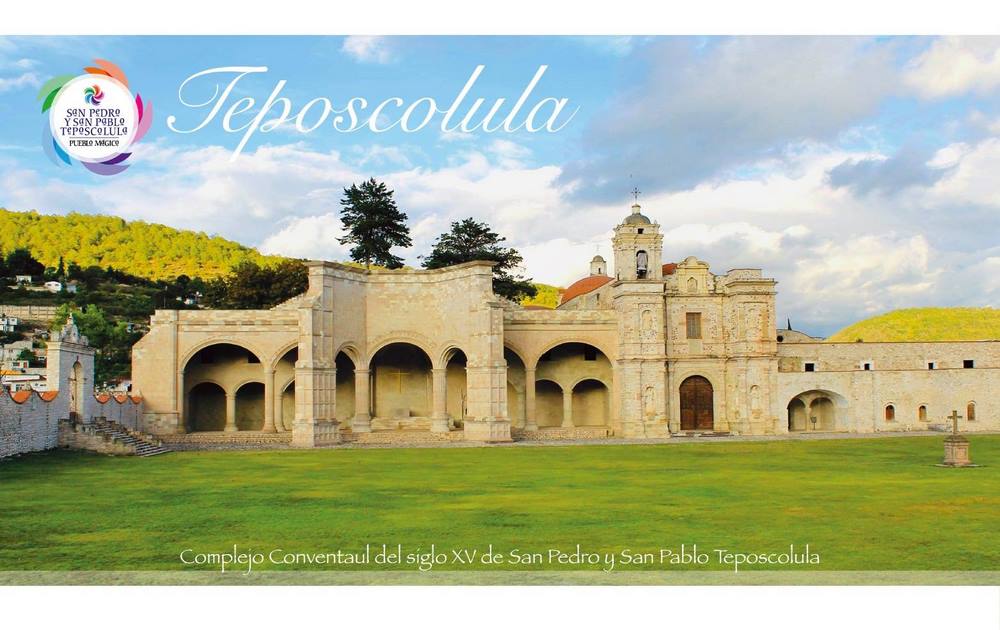 The municipality of San Pedro and San Pablo Teposcolula, has reached to integrate a tourist offer based fundamentally on the historical, cultural and natural attributes visibly manifested mainly in the architectonical representations, reflecting the fusion between two cultures and that have become the main legacy of this population, such is the case of the House of the Cacica, palace where the last queen of the Mixtec culture lived and which functioned as a store for skins, feathers, diamonds, gold, silk and other objects of great value, brought from the sites that conformed the cacicazgo of Teposcolula, giving it its greater time of prosperity during the XVI and XVII centuries because it is in this municipality where the economic, social and cultural wealth of the region was concentrated.

Parallel to this palace it is the Conventual Set of XVI century, is the Convent of the century XVI, consisting of the Open Chapel, the Temple of San Pedro, and San Pablo and the Dominican Ex- convent, where is the Chapel of Santa Gertrudis. The magnificent work of the Open Chapel “…should be considered as the most skillful construction in America…” according to John Mc. Andrew; and that represents the ONLY analogy between the Catholic temple and the indigenous Teocalli, besides being recognized as the largest in Latin America and worked for the evangelization of the indigenous by the Dominican friars for more than a century, it should be noted that people from other parts of the state and the states of Puebla and Guerrero came to this building.

Immediatly after is the Temple of San Pedro and San Pablo, which is considered as a true sanctuary, inside it is a “Christ” of incomparable beauty called “Señor de las Vidrieras”, celebrated the First Friday of Lent, thus conforming the main festivity of this municipality. It is in this temple where there are also contained images, altarpieces and liturgical instruments of historical and cultural value such as a Baroque organ that is now totally restored, 8 altarpieces that demonstrate the skill of the artisans of that time to make wood carving, in the same way, the existence and functioning of a confessional and a hand carved chalice are highlighted. The latter contains latin misarios, chalice, eucharistic cups, among other Eucharistic articles. In the sacristy, there is a chest of drawers containing the clothes used by the parish priests of the colonial era, these were made with silver and gold thread. The former convent shows part of the Dominican legacy and the artistic expressions of painters Simon Pereyns and Andrés de la Concha, captured in oil paintings depicting the life of Santo Domingo de Guzmán. The Chapel of Santa Gertrudis, is of a unique style whose similarity is to La Antigua in the country of Guatemala. The building has two floors and surrounds a small ethnobotanical garden, besides that it communicates directly with the temple on the south side. It also has the Hospital of Indians of Santa Veracruz, the houses and squares Odriozola and Arvea, Tandaa, El Alarcón, the corn crusts, the Dolores portal and the Municipal Palace. The aqueduct has a length of 8 km, starting at Yucundaa, through which can be seen the vestiges of both the sewers and the aqueduct itself that culminates in the Alcantarrilla. During the colony period, Teposcolula had a complex water system, culminating in a network of ponds strategically located for supplying the population in general and direct water intakes for the main and distinguished families such as the Odriozola, the Arvea, Los Pérez, the Convent and San Bartolo neighborhood. 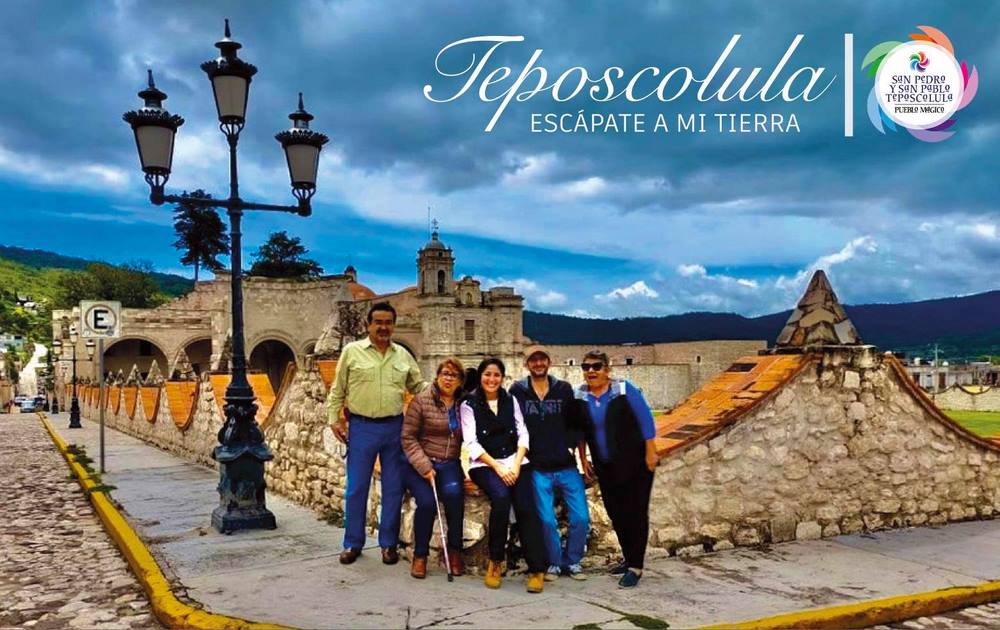 All these buildings grant Teposcolula the title of "ZONE OF HISTORICAL MONUMENTS" according to Decree of July 22, 1986, and published in the Official Gazette of the Federation on August 11 of the same year by the National Institute of Anthropology and History (INAH) and signed by the President of the Republic, Lic. Miguel de la Madrid Hurtado.

The aforementioned attractions show the history of how there was a reconciliation between the Mixtec indigenous and Spanish and it is visible in the cultural exhibitions that have been preserved to date, a clear example is the Mascaritas Dance, which consists of violin and guitar music , where the participants use the face covered by a mask made in the likeness of the Spanish faces and the executed steps ridicule the movements of the same, being the clothing used based on the costumes of that time. It is worth noting that the importance of Pueblo Viejo or Yucundaa lies in the fact that this city and its lordship prospered until the arrival of the Spanish during the 1520s and lasted until the abandonment of the city in 1550, when it was moved to what today is San Pedro and San Pablo Teposcolula.

In previous years, the municipal government, supported by the National Institute of Anthropology and History and the Alfredo Harp Helú Foundation, conducted research on this site, obtaining as a result a valuable treasure of nearly 100 thousand pieces found in a complex composed of the great Plaza, the Palace of the Kings, the houses of the nobles, the ball game, the great causeway of the caves, the Old Church and its Atrium, the Dominican Religious House and the old Indigenous Cabildo, as well as the system of agricultural terraces.

The roads and trails of Teposcolula, offer a wide variety of plant and animal species characteristic of the area, such as the orchids, purple and yellow lily, coming from the oak and within reach in the hills that surround the town, such as Peñasco, Tres Arbolitos, Fortín, Peña de León and Buena Vista are the main natural attractions, at these points are the ranches of Doña Chole, Del Peñasco and El Molino; in adittion to the Plain of the barley and the Lagoon, the old roads to San José and San Felipe Ixtapa and the Yuinio and Peña de León bridges. The integration of interpretative trails endorsed by the World Wide Fund for Nature (WWF) and the Ministry of Environment and Natural Resources (SEMARNAT) has allowed to strengthen the integrated and differentiated tourism offer allowing San Pedro and San Pablo Teposcolula to belong to the following projects: Mixteca Project in charge of WWF and SEMARNAT; Route of the Mixteca, integrated by nine municipalities of the region in charge of the Ministry of Tourism (SECTUR); and Ecotourism Network in charge of CONAFOR.

Teposcolula the title of "ZONE OF HISTORICAL MONUMENTS" according to Decree of July 22, 1986

During 2014, the inauguration of the Yucundaa Ecotourism Center, in charge of the Commissariat of Communal goods, was carried out, in recent dates they have begun with the works of the construction of cabins and a Temazcal bath for the attraction of nature tourism, without leaving behind the traditions and customs that support cultural identity through religious festivities, regional dances and gastronomy.

There are deeply ingrained traditions in the area, such as the case of the exchange of products in the days of “plaza” (market) called “Fereo” and the “Labranzas de cera” made by individuals in coordination with the “Societies” of the varios religious images: Señor de Vidrieras, Padre Jsús, Señor del Perdón, San Pedro and San Pabl, Santísimo and SanFrancisco. Offering in these celebrations, the typical dishes and drinks, either: Black Mole with turkey, Mancha mantel, Chocholucos, Moles Colorado “Don Juan style”, green, red; Barbaque of sheep or beef, tepache, pulque, “curados” with aguardiente, mezcal, wine sherry, rompope “Licha Herrera” in adition to the characteristic, and for dessert Leche quemada, Yahuindodo, encalada, French bread, bread of yolk, raspa buche or granillo bread, cocol, nicuatole, pumpkin in tacha, suspiros d monja or cinnamon revolcado, pumpkin sweets, fig and crystallized chilacayota (pumpkin); able to satisfy the most demanding palates and where some traditional dances are performed according to the festivity, such is the case of the Dance of the Mascaritas, previously mentioned, the well- known Jarabe Mixteco, and the Dance of El Panadero, dance recently recovered. 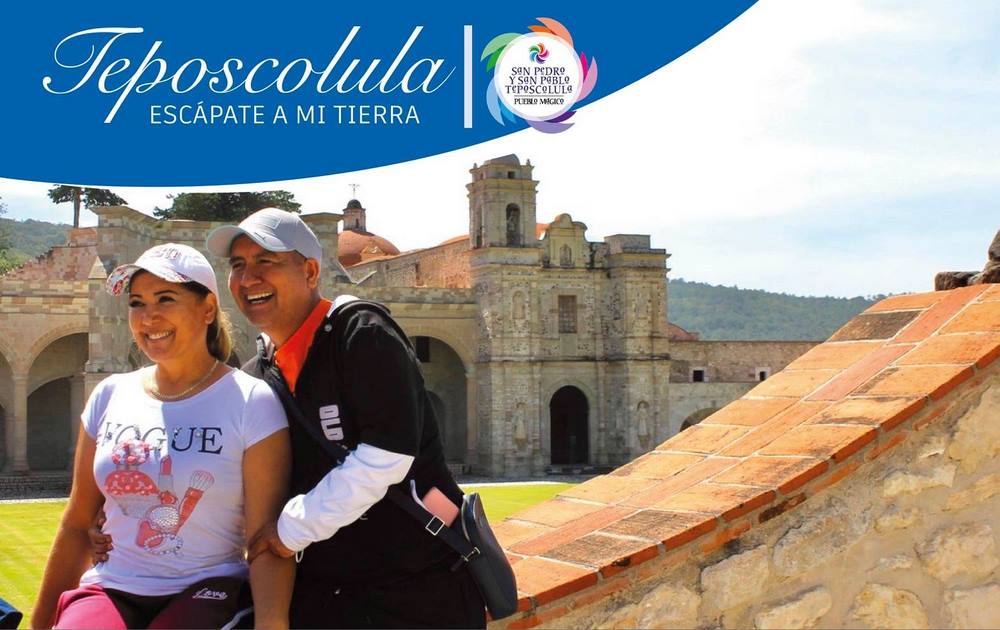 Considering all of the above, San Pedro and San Pablo Teposcolula seeks to consolidate its tourist offer with the aim of contributing to the development of a better quality of local life and strengthening of authentic cultural values through the integration of all the actors as before and following promoting activities, products and services with a sustainable vision in the management of resources, respecting the environment, actively involving the community and promoting among tourists the generation of fair trade.

The magnificent cultural heritage that the Dominican religious order bequeathed to this town only adds to a myriad of cultural manifestations that can be known through the tequitqui, the art made by the indigenous after the conquest of Mexico. 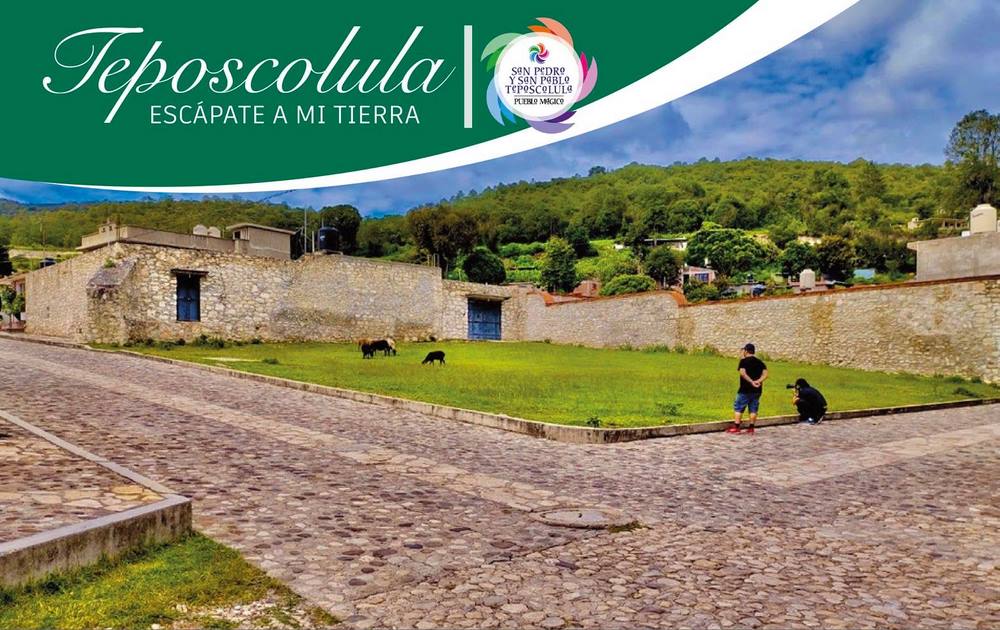 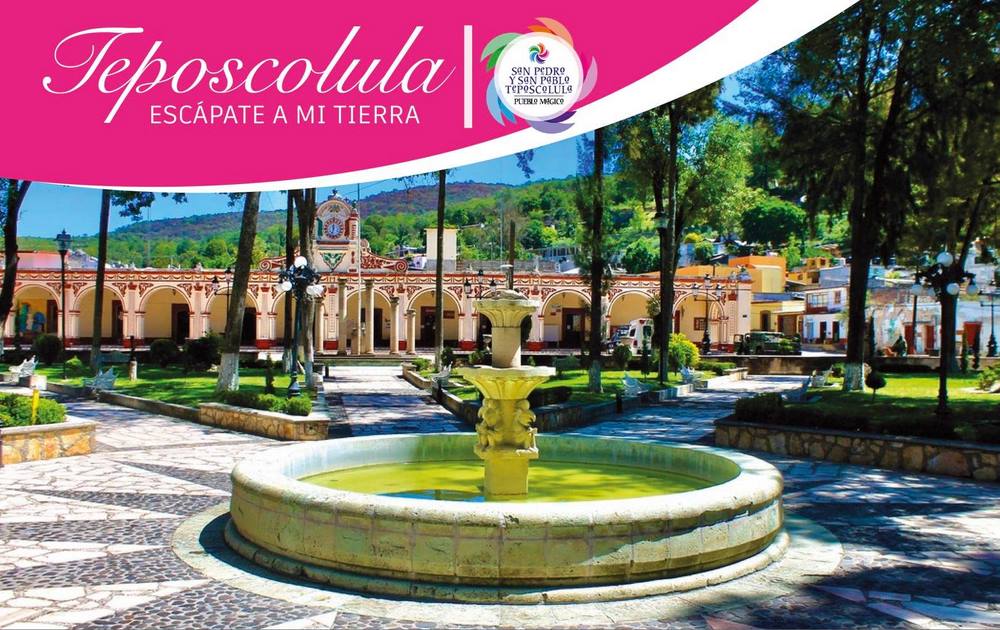 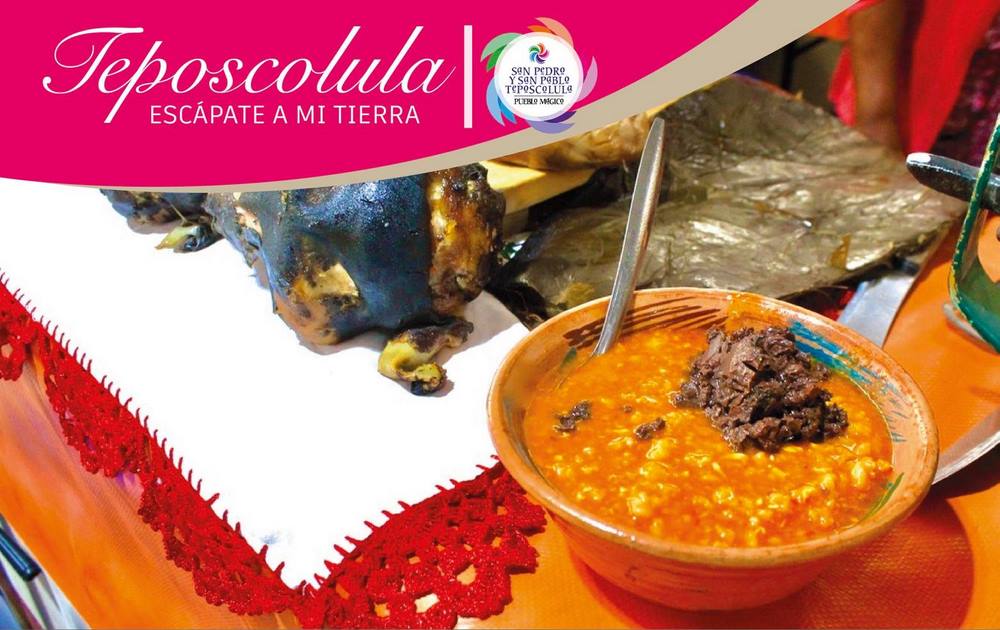 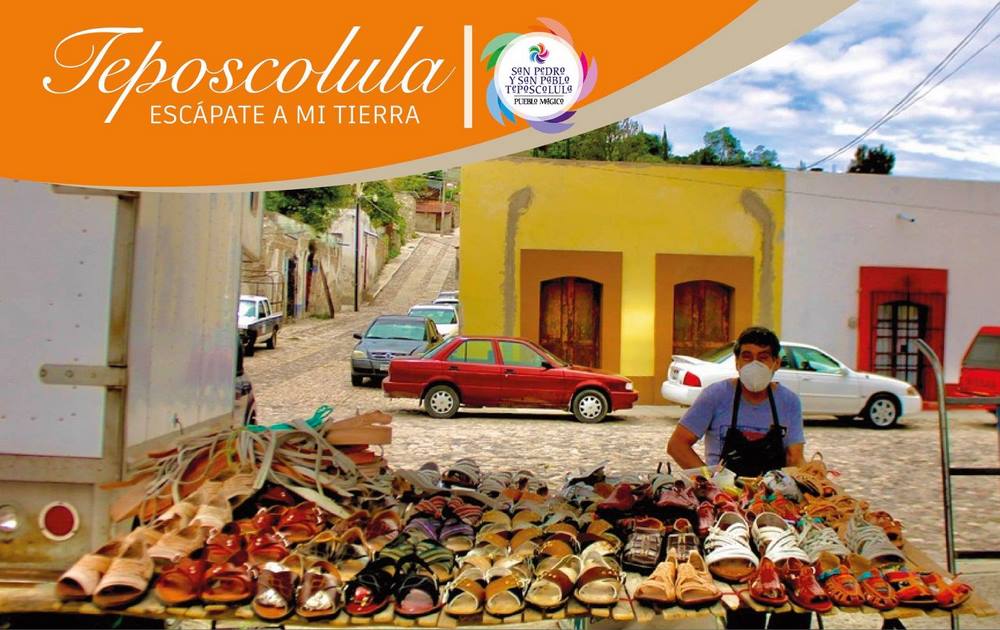 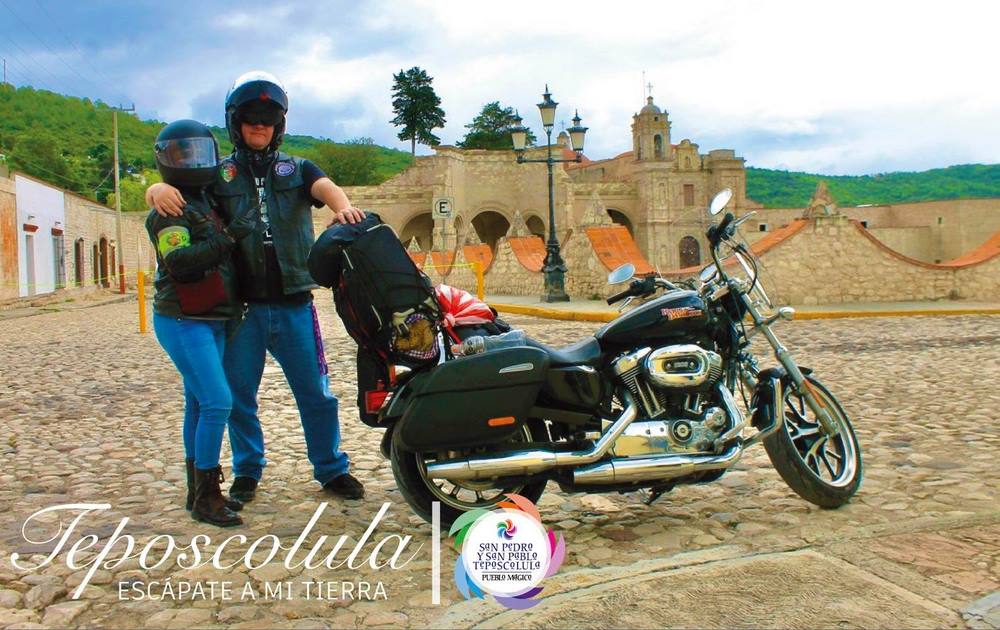 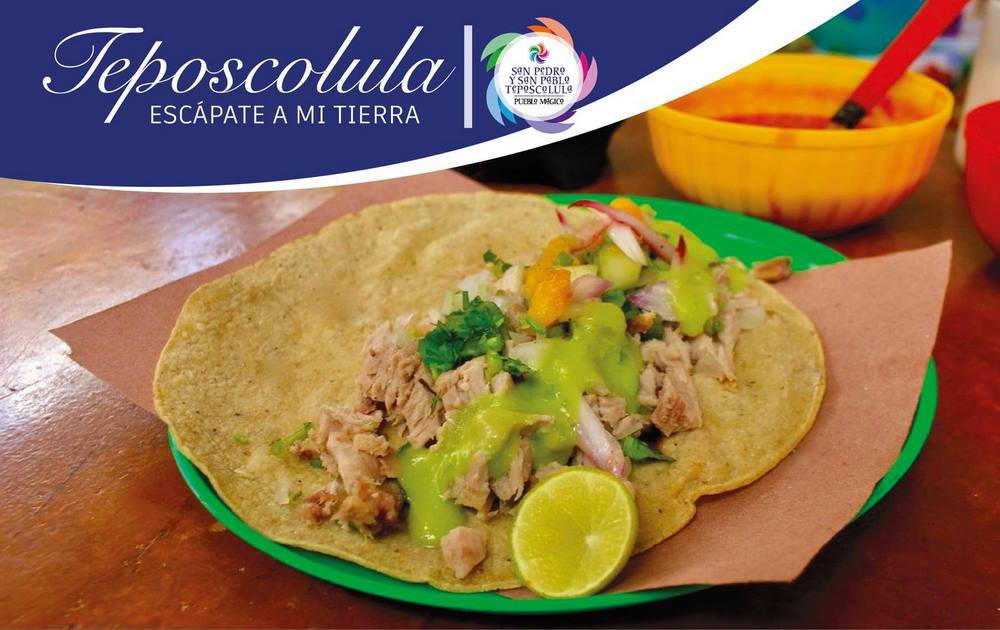 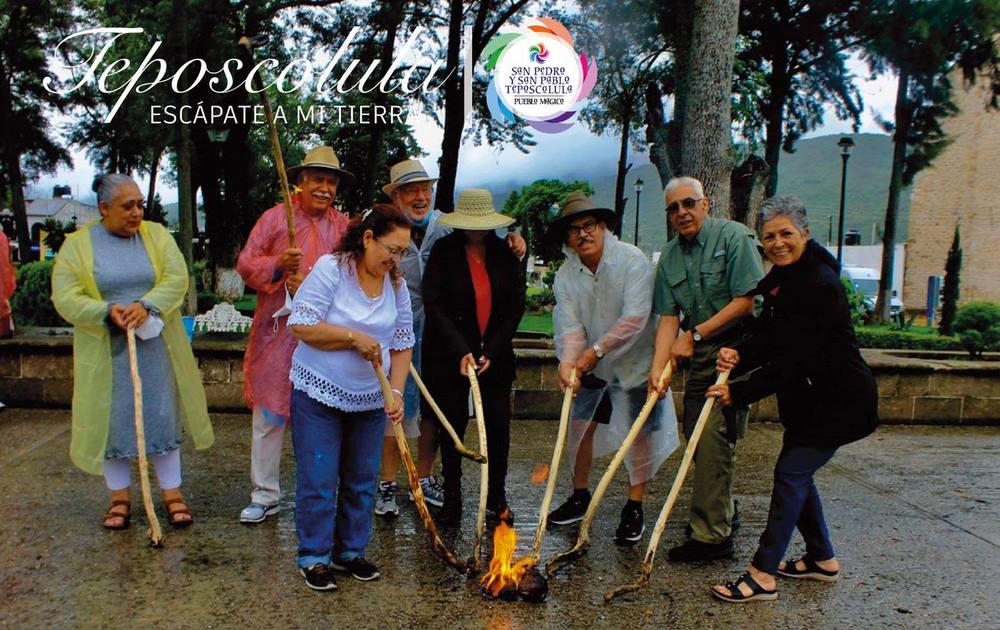 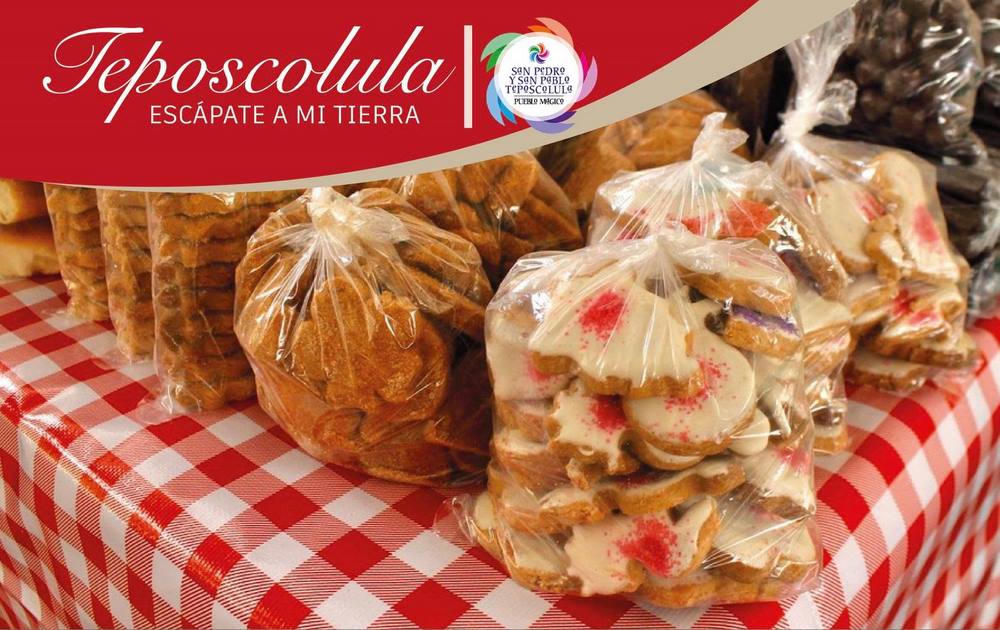 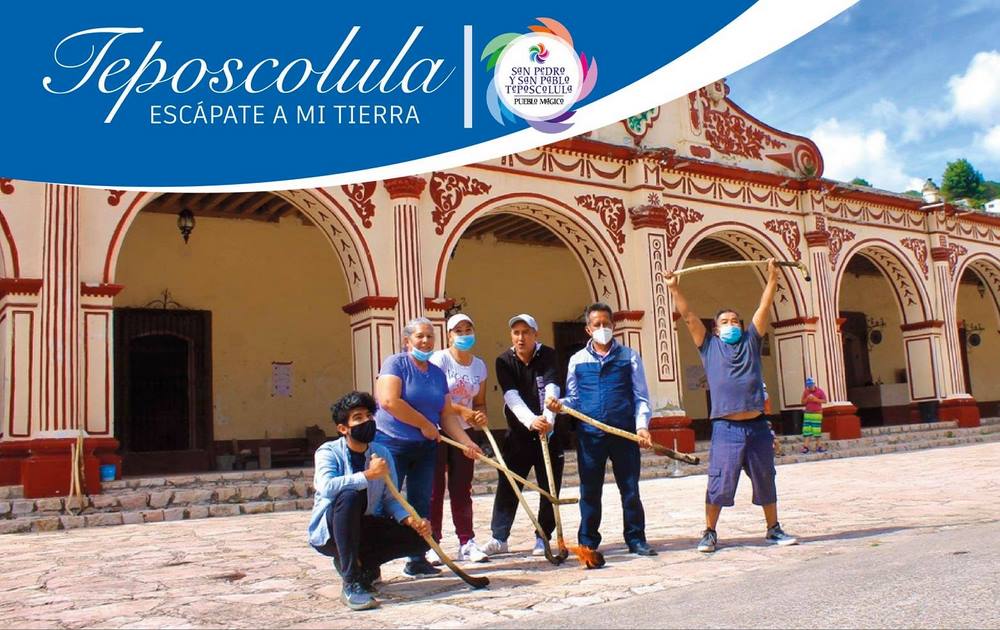 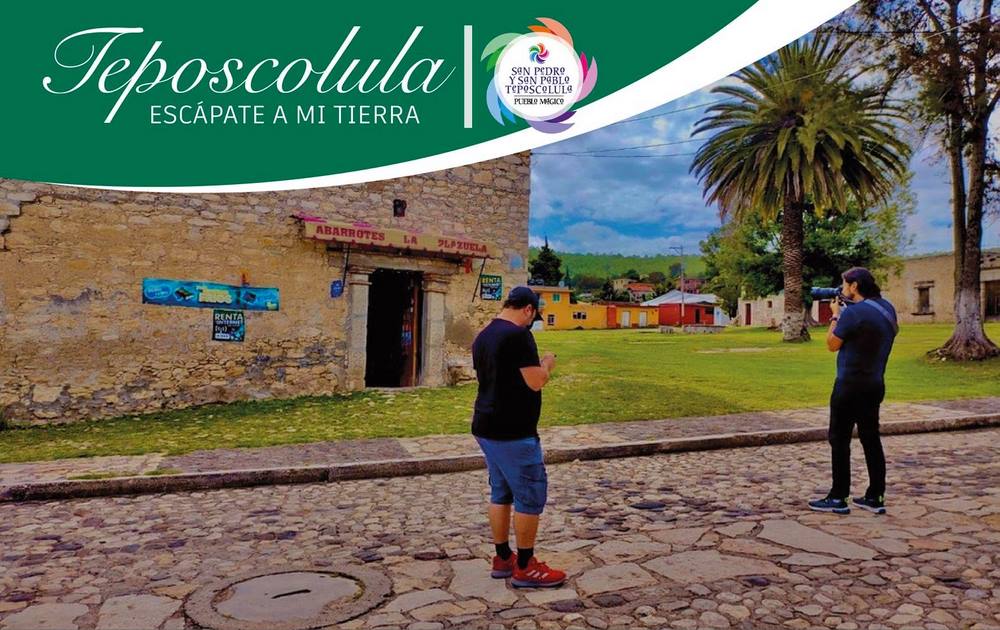 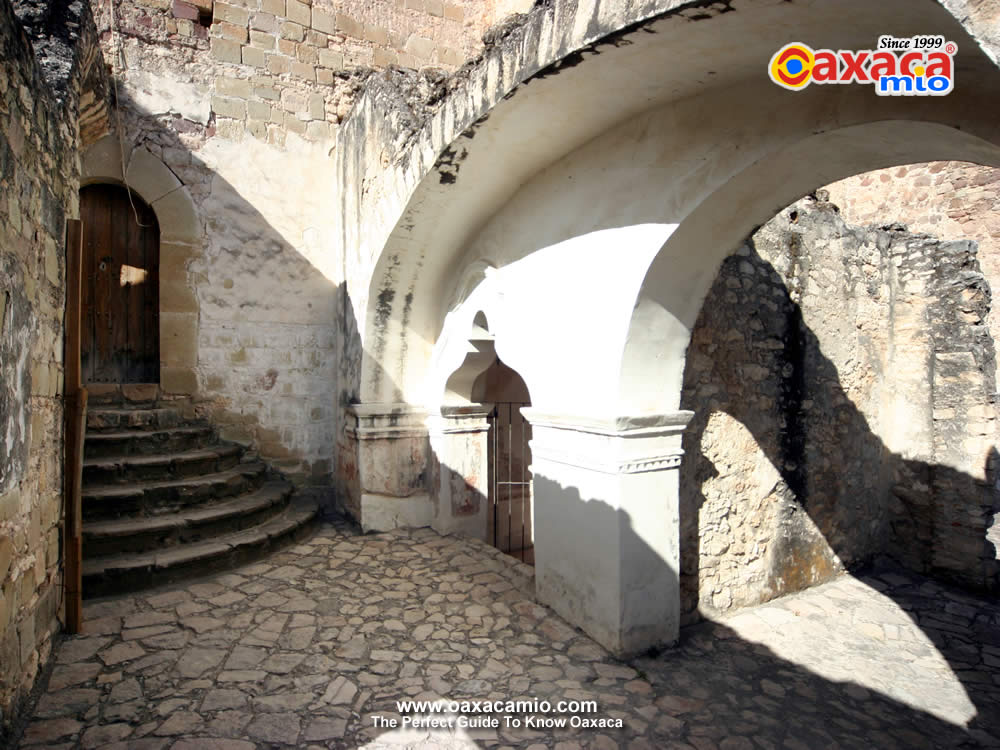